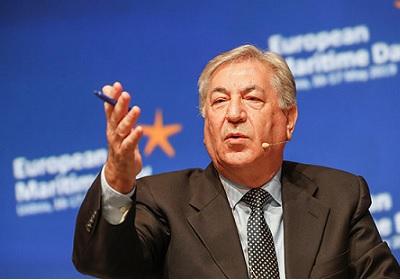 Commissioner for Environment, Maritime Affairs and Fisheries Karmenu Vella has opened the 2019 European Maritime Day conference in Lisbon. This year, the main focus is on boosting a “blue” economy, the sustainable use of ocean resources for economic growth, through entrepreneurship, investment, and research and innovation. On this occasion, the European Commission launches the second edition of its Blue Economy Report.

Commissioner Vella said: “Coastal regions are home to 214 million people and generate 43% of EU GDP. Today’s report confirms the blue economy’s role as an exciting growth sector, with opportunities both in established sectors like tourism and shipbuilding, and in emerging areas like ocean energy or the blue bioeconomy. Yet we also know that blue economy start-ups and small companies often struggle to get their good ideas off the ground. That is why the European Commission is currently developing an investment-readiness support tool to help them mature and eventually access the funding they need to scale up.”

Tibor Navracsics, Commissioner for Education, Youth, Culture and Sport, responsible for the Joint Research Centre, instrumental in drafting the Blue Economy Report added: “Though our oceans cover more than 70% of the earth’s surface, we know less about what lies beneath the waves than we do about faraway planets. This prevents us from making the most of our resources while protecting marine ecosystems. The second Report on the European Blue Economy aims to change that. It reflects the importance that the European Commission attaches to a robust, evidence-based approach. Our oceans and seas can help us in tackling the challenges facing humanity; creating prosperity without endangering that of future generations."

Using the opportunities of the oceans sustainably was also at the heart of Commissioner Vella’s speech at today’s international ministerial conference on smart ocean governance, organised by Portugal. He reiterated the key role of oceans – in particular ocean energy – towards achieving a carbon-free Europe by 2050.

This year’s blue economy report incorporates various new elements and content, including the maritime defence and the maritime equipment sectors. A preliminary analysis by sea basin has been added, as well as a number of in-depth case studies, e.g. on the economic impacts of marine protected areas or the contribution of the research and education sector to blue economy jobs. Finally, the second edition comprises a section on ecosystem services and natural capital, addressing the costs and economic impact of climate change and mitigation measures.

A Blue Indicators IT tool, which will also be launched today, will allow citizens to easily visualise, extract and download much of the report data. Users will also be able to download the full report, as well as the accompanying infographics and detailed methodology.

Established in 2008, European Maritime Day has become an annual meeting place for maritime professionals, entrepreneurs and ocean leaders. With more than 1400 registered participants from 53 countries this year, European Maritime Day is the Commission’s biggest maritime policy event. The two-day conference will see more than 150 speakers take the floor, including during 8 breakout sessions organised by the Commission, 28 workshops organised by blue economy stakeholders, and 21 pitch presentations. More than 140 B2B meetings have been scheduled. The accompanying exhibition will host 101 exhibitors, a record for EMD. This year’s edition was organised together with the Portuguese Ministry of the Sea and the City of Lisbon.